Situated on the West Coast of the US, Orange County is the smallest county in Southern California. From the sparkling Pacific Ocean to the Santa Ana Mountains, Orange County is a collection of small cities. To the south is San Diego and to the north is Los Angeles but this city has a unique flavor and attitude of its own.

For thousands of years, Orange County has been home to Native Americans. With the construction of Mission San Juan Capistrano in 1776, Europeans took hold here. Ravaged by droughts, floods, and earthquakes, this self sufficient and determined settlement never lost faith. Here are some must-see attractions in Orange County, California.

Laguna Beach began attracting vacationers in the late 1800s. In the past, half of the residents here are artists and they established a creative community which still thrives today. Laguna possesses a natural light, spirit, and beauty that can serve as an inexhaustible source of inspiration.

Crystal Cove is a little to the north and early Californian beach culture time capsule. It is a park of pristine coastline and features a historic collection of classic beach  as well as the jetsam and flotsam of the ocean. 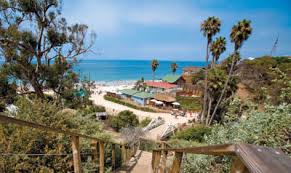 This is an upscale coastline that features boutiques, fabulous bars, and famous pier. The Newport Harbor is some blocks from this beach. It used to be a busy maritime port but now filled with pleasure craft. It is hard to imagine that an acre lot here once sold for a dollar looking at the stunning homes that line the shore.

Once dotted with oil derricks, the only oil on Huntington Beach now is suntan lotion. The all-year round waves on this beach has inspired hit songs such as the Surf City by the Beach Boyd Dean and Jan. Huntington hosts its own pro series and the locals here are crazy about beach volleyball.

The theme parks in this county make it a great vacation destination. Disneyland Park is one of such theme parks and it is only 35 miles from Los Angeles. Another one is Knott’s Berry Farm. It started as a collection of relocated ghost towns but now many family’s favorites.

Situated next to John Wayne Airport, Lyon Air Museum specializes in automobiles and aircraft from the World War II era.

Explore the inner workings of space flight and Dinosaurs at the Discovery Science Center. You can also count the monkeys at the Santa Ana Zoo.

This museum allows you to journey the world of cultures through arts. The Bowers Museum has a relationship with the British Museum and the Smithsonian Institute, so the exhibitions here are always world class.

Orange County is a city full of surprises when it comes to architecture. This cathedral is many years away from this county’s early adobe churches.

For all of Orange County’s culture, thrill rides, shopping and fabulous architecture, nothing compares to this city’s sunsets. They are free to everyone and pure Californian gold.